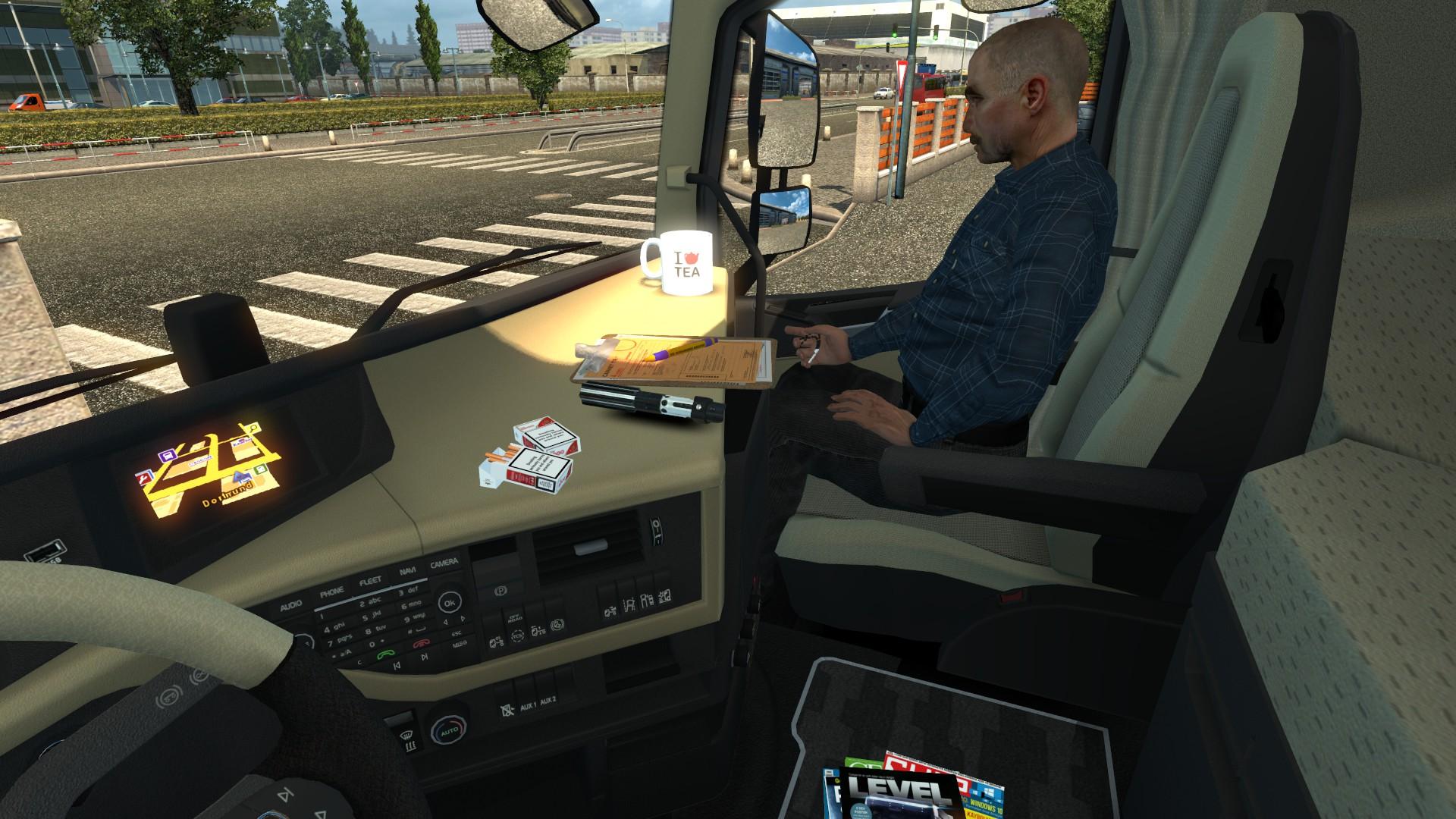 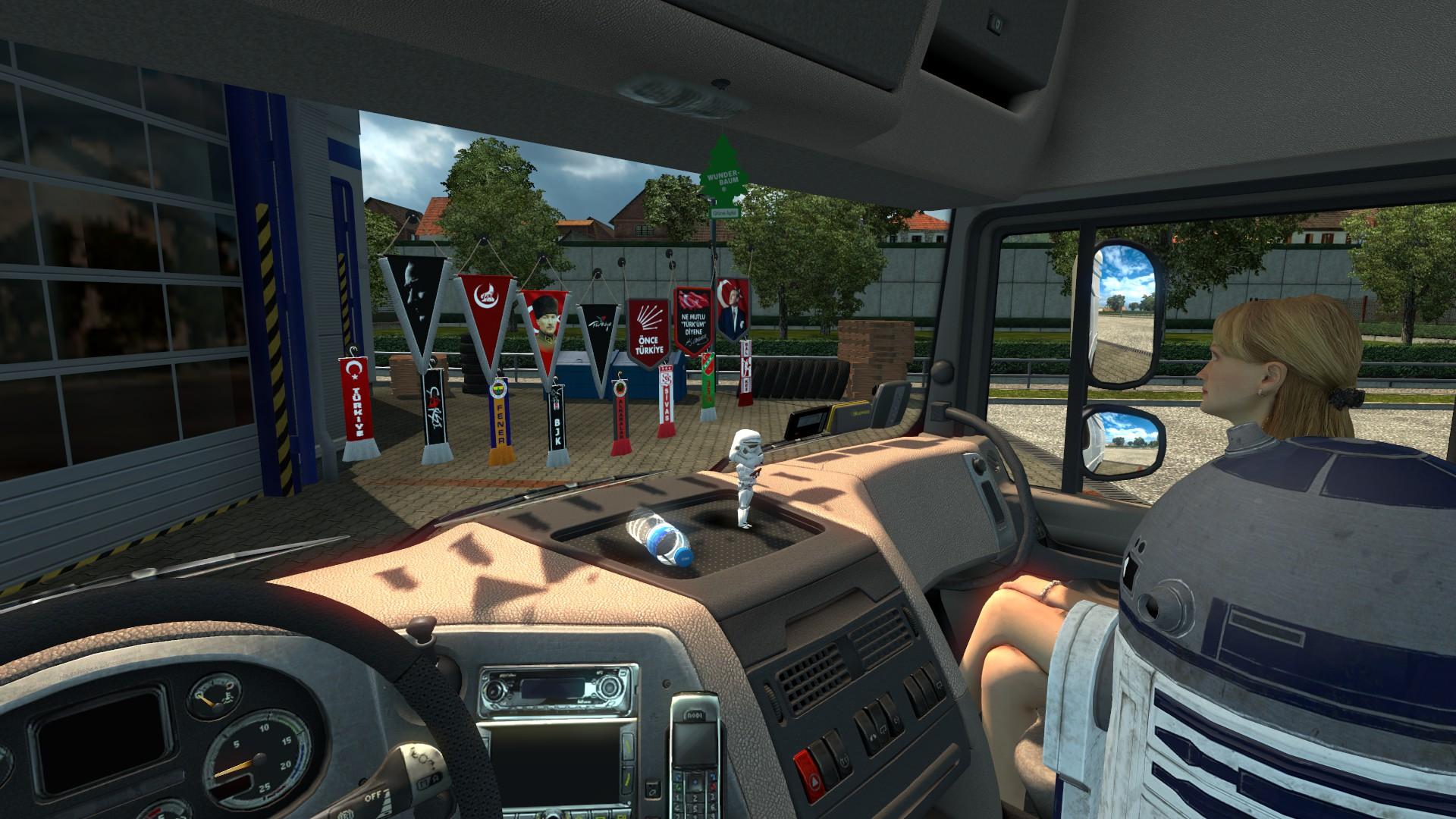 Description:
Cabin Accessories Mod requiring “SCS’s Cabin Accessories DLC”
While this pack previously had Turkish specific flags and pennants, it has grown up with many objects usable for any truck driver including co-drivers. This pack has included support for all official trucks plus DAF 50k, , Danz’s Mercedes Antos and Actros 2014, MADster’s TGX Euro 6, RJL’s Scania Modifications, Scania T and Sisu, Satan1990’s Scania 4, ohaha’s Volvo FH 2013
Co-Drivers: Yasemin, Ilhami and Melissa
Waters, Soda cans, Coffee mugs, Amulets, Car Freshners, Dream catcher, Soccer balls, Documents (even Beer) and many more with all animations where possible…
Also featuring Star Wars Pack
C3PO as your co-driver, enjoy R2-D2 as your guide like a compass *wink*. Stormtrooper, Yoda and C3PO Bobbleheads, Lightsabers, Darth Vader, Stormtrooper, Bobba Fett and Endor Helmets including YT-1300 (Millenium Falcon) , X-Wing, TIE Fighter toys.
Special thanks to: Star Wars Galaxies team (you’ll be missed) and many other modders who helped me learn from their mods and also SCS staff and mods. So I can specially say this is my first major mod, most of the items in this pack are my own work while characters and some items are taken from free 3D resources. Also SCS Tools and Blender2SCS. All work is done over Blender and UV mapping by Ultimate Unwrap 3D, also thanks to LEVEL and Auto Show magazines for making special covers for my request just for this mod