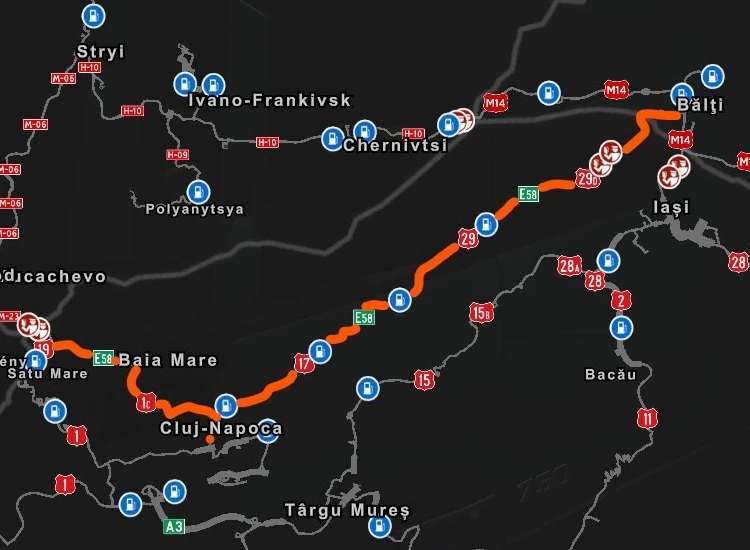 Descriptions:
This is a map that may or may not be expanded upon in the future and consists of the E58 route from the Ukrainian border with Romania to the Romanian border with Moldova and connecting to a couple cities. It also returns the city of Piatra Neamţ first introduced in ProMods 2.01 and removed after the Road to the Black Sea DLC.

The quality of this map can be improved by using some newer assets in the future, maybe. The current ones aren’t the best.

UPDATE 0.3:
Merged with the latest ProMods version [2.60] that included Чернівці (Chernivtsi) and the road to Bălți. Now the mod is connected to Bălți again.