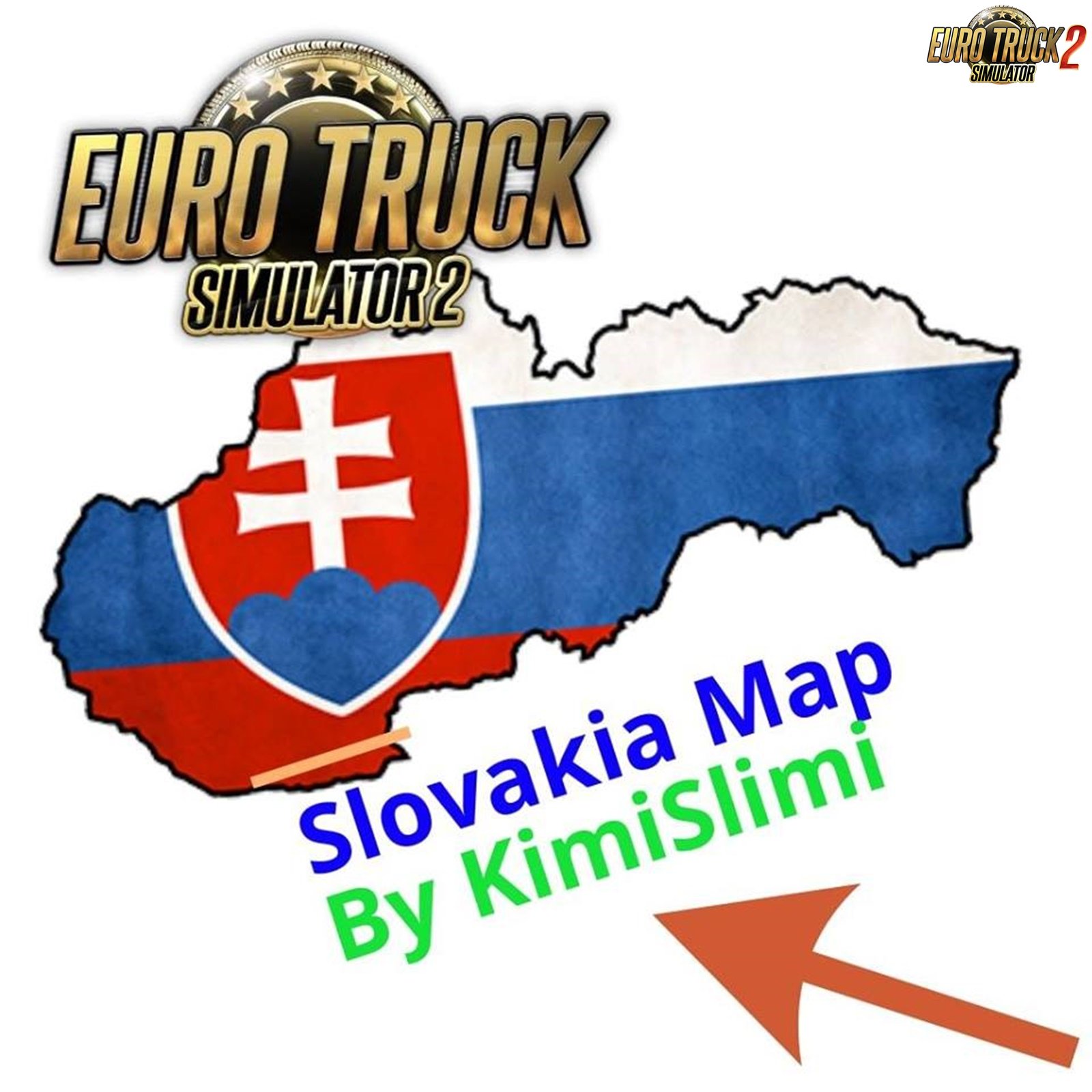 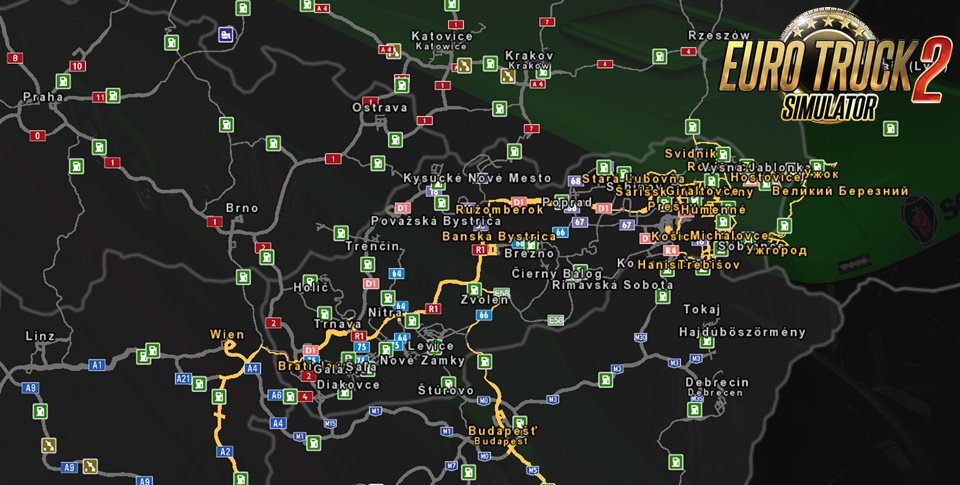 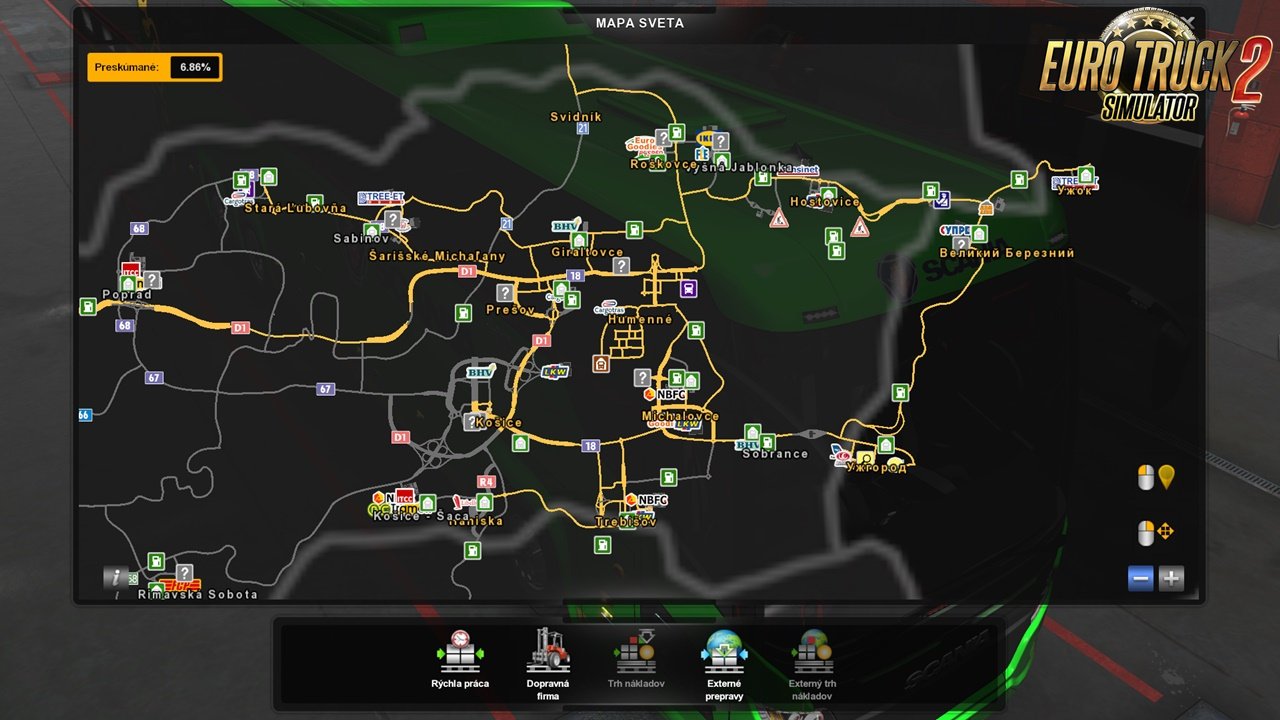 Descriptions:
New Updated version 18:
(This time it’s FULL and DEMO together)
– Added City Sobrance
– The city of Bratislava has been rebuilt with new roads
– Connecting the route from Trnava to the Czech Republic with TRE-ET
– Finally, the town of Humenné was added with the entire settlement under Sokolej
– Fixed Bugs across Map
– Map Updated to game version 1.35
– Freeway between Brno and Ostrava
– New connections with Humenné – Michalovce, Trebišov Michalovce, Nitra, Šaľa
– Removed village Fekišovce
– Fixed Mistakes with GARAGES, COMPANIES and TRUCK DEALERS!!

Features:
It’s New Slovakia Map with all of Europe countries.
You will need expansion – ETS 2 Going East and Baltic Sea.

Why only one DEMO + FULL joint update?
– Throughout the holidays, I will not pay much attention to the map, which means that you will all be available FULL Version
– Sometimes I add photos from the editor, because if I am at home, I will work in the editor
– We are just beginning to celebrate the anniversary of the map on August 14, 2019
– ON THE YEAR OF THE MAY, THE GREAT COMPETITION !!!
– Of course if you have a problem with the map, type;)
– You can also subscribe to the map during June and July.
– Still needed DLC East and DLC Baltic Sea

Install help:
1. Download
2. Copy europe.scs to folder mod in game.
Enjoy and Play!
(The map is called europe, because it’s maked to europe.mbd)