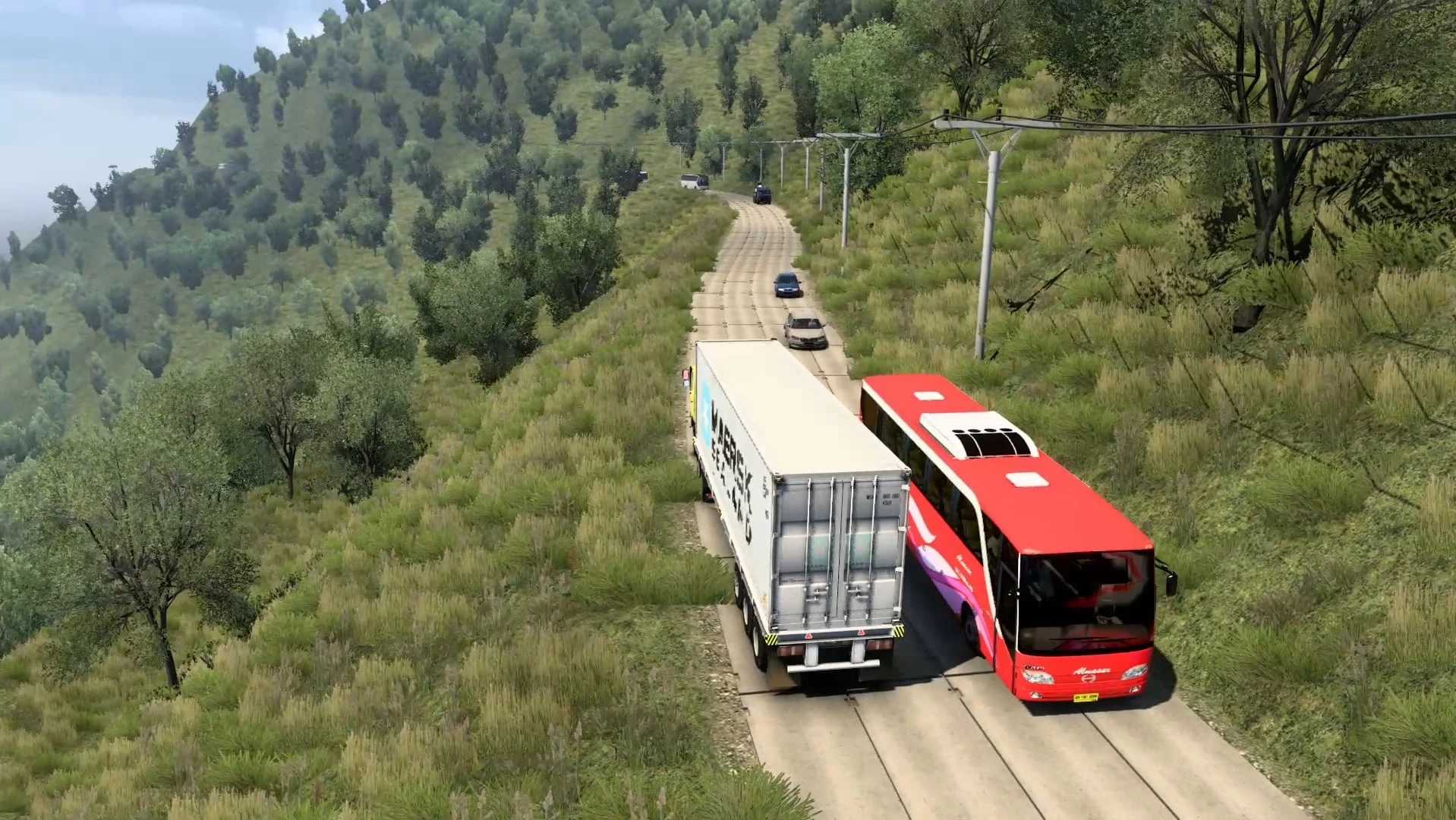 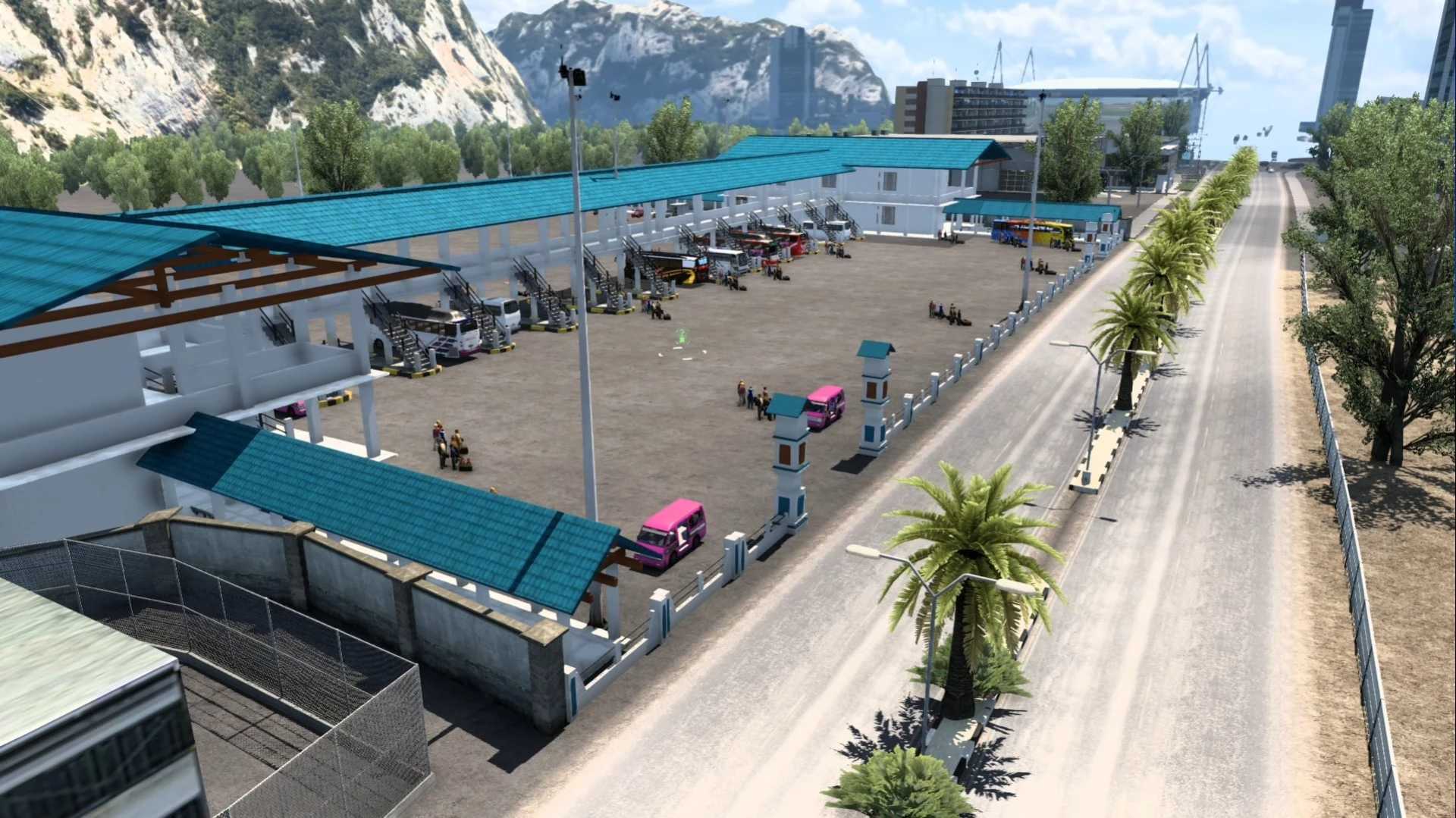 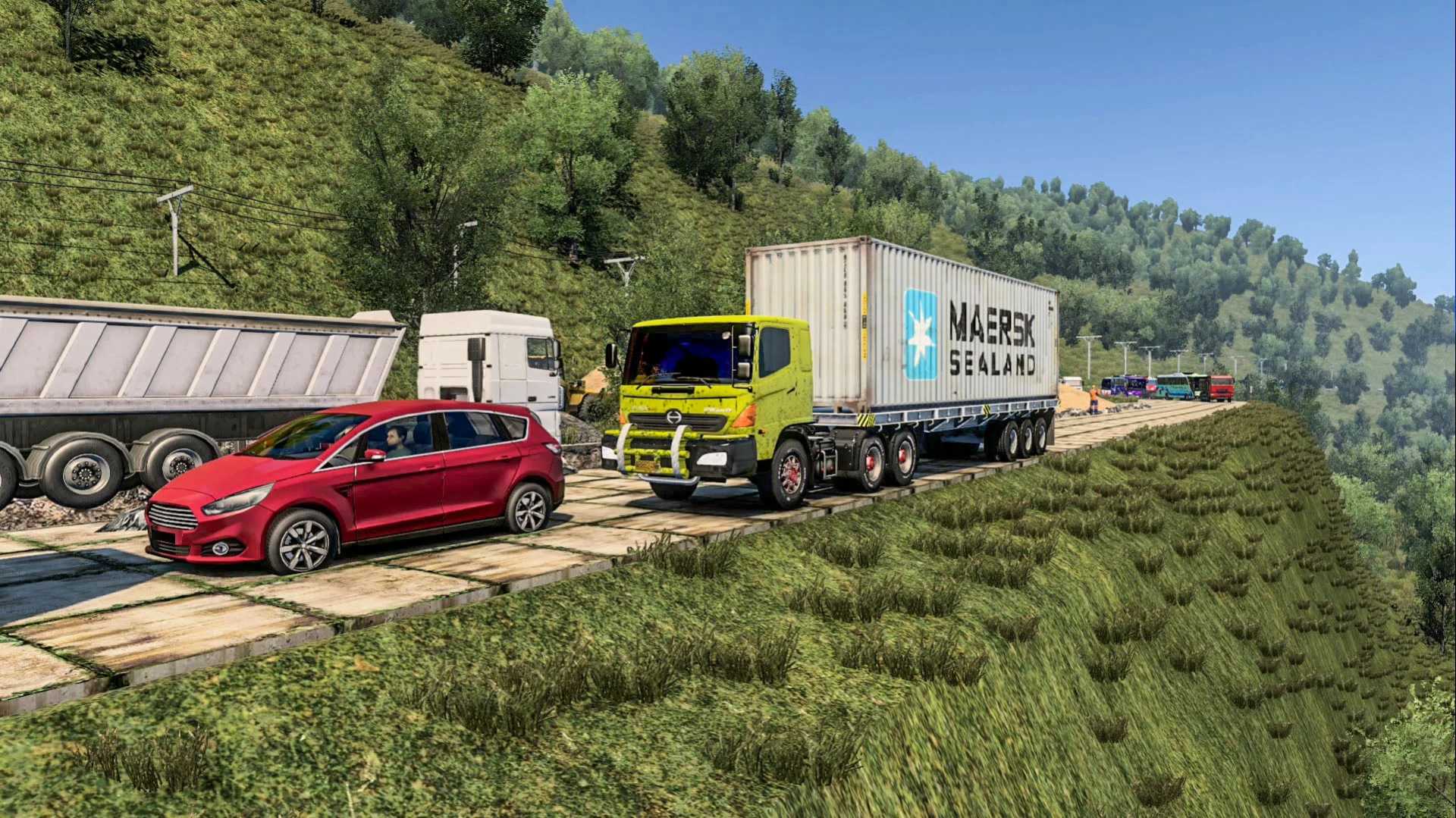 Descriptions:
Map of Sumatra reborn for the game Euro Truck Simulator 2 v1.41 to 1.46. This map contains cities from Sabang to Bandar Lampung
31 cities from the island of Sumatra. Convoy or multiplayer support.

This is an update of the Sumatra map which was previously only available on ETS2 versions 1.30 to 1.39.
Required DLC: Going East (dlc_east), SCANDINAVIA (dlc_north), Special Transport (dlc_oversize) DLC. Or use the FULL DLC to be safe.

Download the required 2 files (Base and Map). For those who already have a base map (dlc_map2.scs) size 1.7 GB, you don’t need to download it again.

Put the SCS file into the mod folder