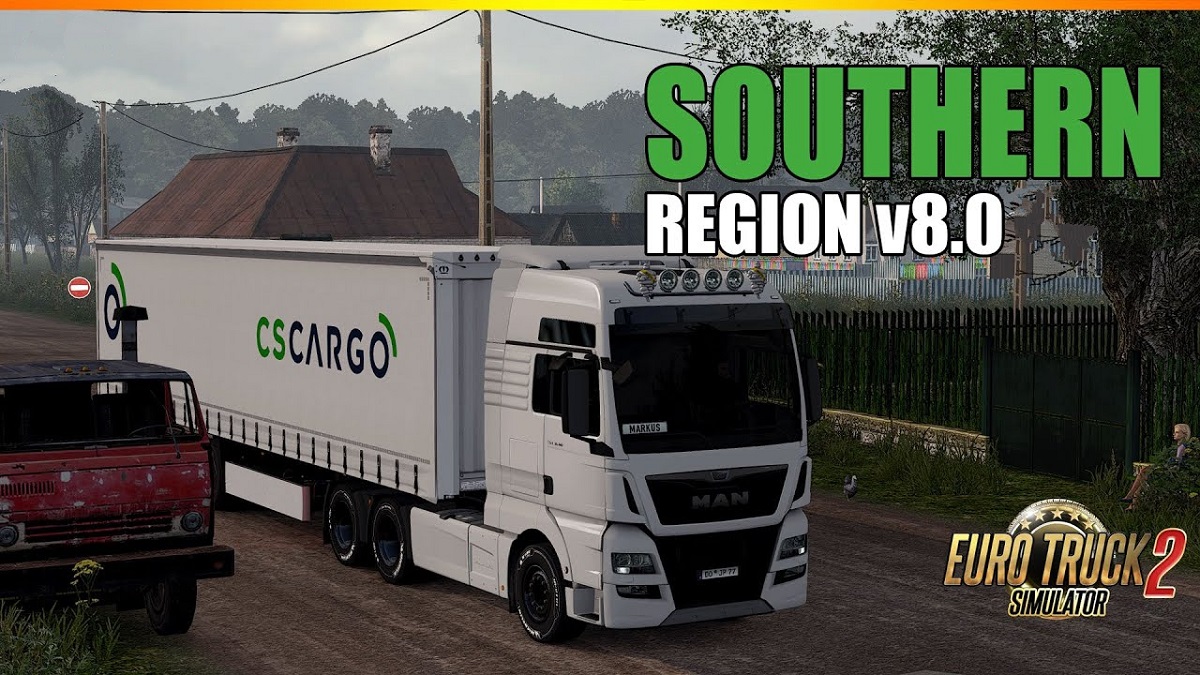 Descriptions:
Southern Region map – visit the South of Russia!
Southern Region is a free project developing a map of the southern territory of Russia for Euro Truck Simulator 2.
This card is perfect for lovers of the Russian atmosphere, the atmosphere of the South.

Changes:
Key Features / Version Changes:
-Support game version 1.37
-FMOD sound engine is used
-Fix errors found in the previous version
-Resail cards and its shift under the default substrate (as much as possible)
– A lot of improved and recycled from scratch settlements (including reconstruction of Cherkessk, improvements in Krasnodar, Novorossiysk and a number of other cities and villages)
– Lots of recycled roads from scratch
-In large cities added urban traffic (including taxi cars, gas service cars)
-17 new vehicles in traffic (including GAZelle 3321, GAZelle 2705, VAZ 2114, LiAZ 5256, all cars have all possible modifications and generations)
-Improving performance by optimizing environment and traffic

For the game version: 1.37.x
Required DLC: “Going East”, “Scandinavia”, “Vive La France”, “Italia”, “Beyond the Baltic Sea” or equivalent fixes
Be sure to uninstall the old version of the card. The new version now consists of 3 parts (def and map, model1, model2)

To unpack the archive, right-click on the first file, click extract, the rest of the files will be extracted automatically