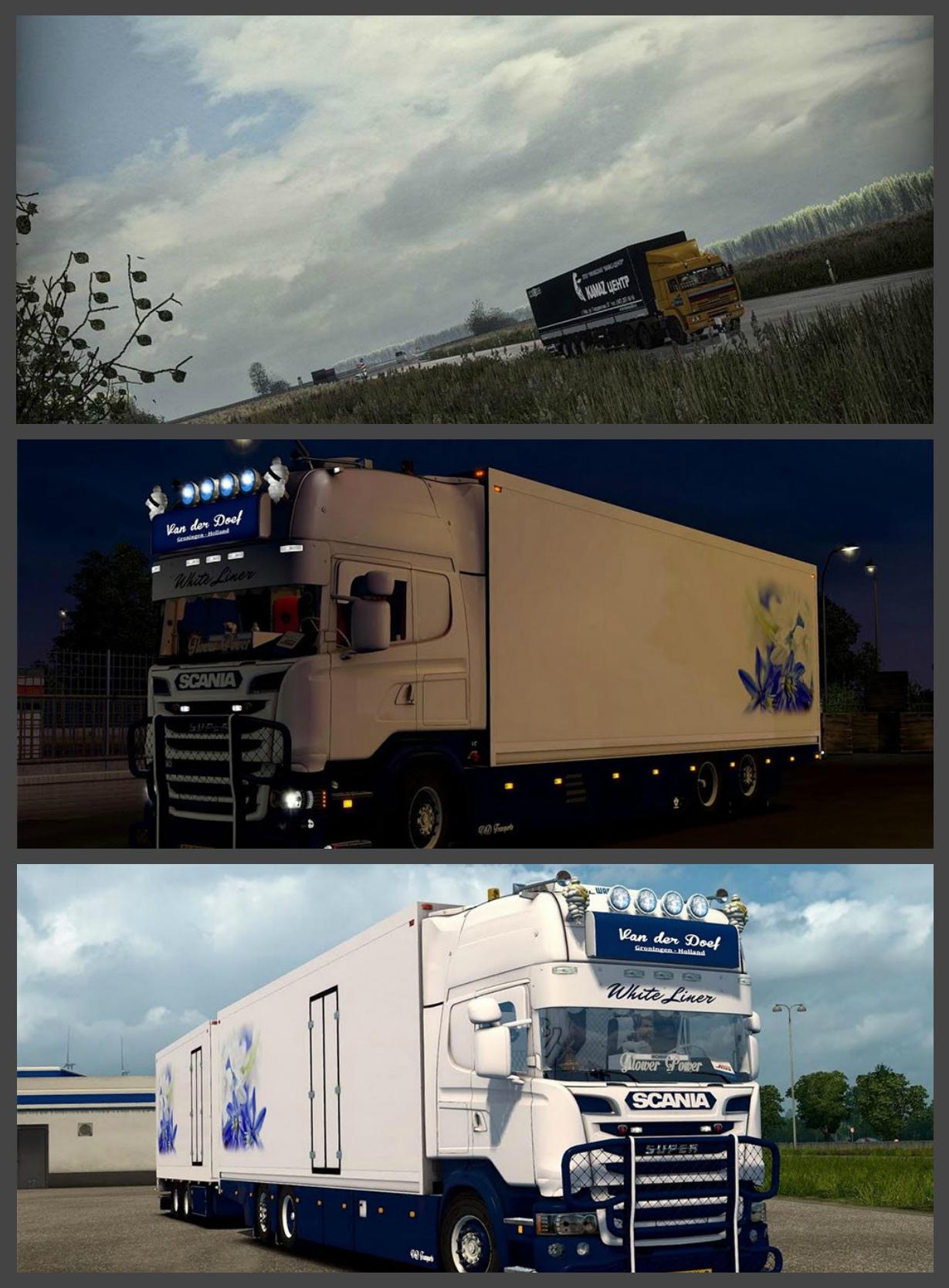 Description:
Reshade Framework
What Reshade?
Reshade – Advanced post-process injector designed to improve the graphics in any game that supports Direct3D8, Direct3D9Ex, Direct3D10.0 – 10.1, Direct3D11.0 – 11.2 and OpenGL. It has a huge amount of built-in effects, as well as have the opportunity to create their own. Here is just a partial list of the available effects – depth of field, ambient occlusion, chromatic aberration, SMAA, FXAA, dynamic filmgrain, automatic saturation and color correction, cross processing, multi-pass blurring.
Spread your settings for the ETS 2. have been made on the basis of the standard weather. You can change the way you want – everyone has different tastes: smile:
Installation:
1. Download the file of the first link and unzip the entire contents of a folder win_x64 (in the directory with the exe file of the game should be a folder Reshade, as well as two files – d3d9.dll and Reshade.fx)
2. Start the game, but do not be alarmed that the screen can be slightly load “unresponsive” – ​​at the top left of the screen is information about the tuning effect Reshade. it lasts a few seconds.
3. Press Num1 to activate / deactivate the effect. (do not forget to turn numlock: smile:)
4. If do not want to include a program each time after the start of the game, then open the file in a folder Common.cfg Reshade in line #define RFX_Start_Enabled 0 changing to 1. Reshade still need to be for some time after starting to generate effects.
5. If you have 32-bit Windows, download the file d3d9.dll the second link and replace them former.
6. In the game, use the key PrSc, to take screenshots – they will be saved in the folder with the .exe