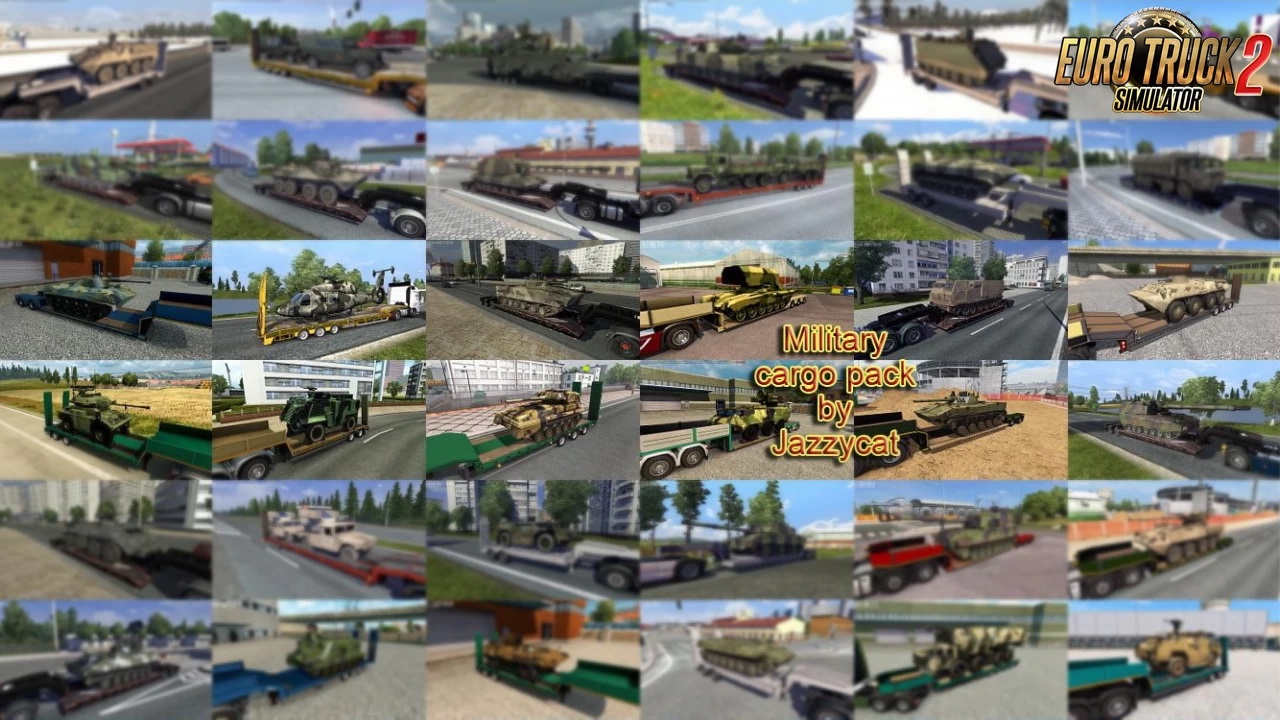 Descriptions:
Military Cargo Pack – This mod add a package of original platform semi-trailers with military equipment
based on realistic 3D models recreated using HD quality textures. The latest version of a large set of additional trailers with military equipment for their transportation in the vast Euro Truck Simulator 2. In total, the author added 206 new cargoes weighing up to 70 tons, among which there are army jeeps, combat helicopters, military boats, armored personnel carriers, tanks, artillery installations and other military equipment of domestic and foreign production.

Features Military Cargo Pack:
– A total of 208 new cargoes with military equipment are being added;
– New cargo added to 74 companies for Default Map, all official DLC’s, Rus Map, EAA Map.
– The topic is fully respected. Nothing extra;
– Everything is spelled out separately, does not replace anything;
– Works on any cards (recommended for Russian cards);
– Includes English and Russian versions;
– Compatible with all packs of goods from Jazzycat;