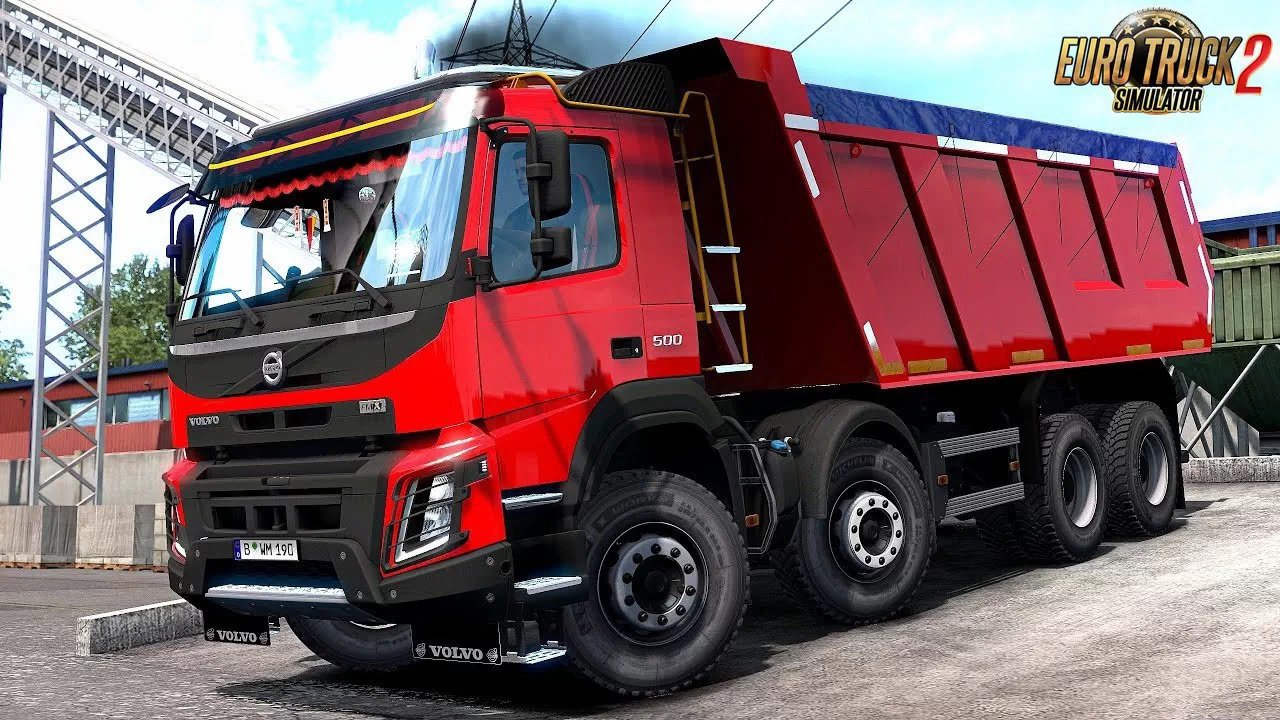 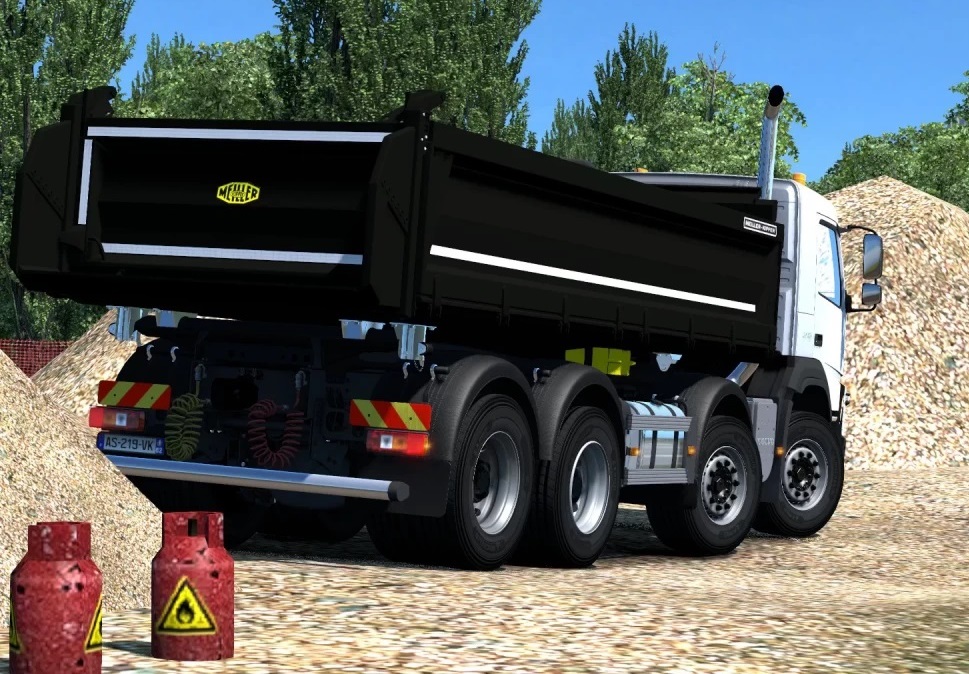 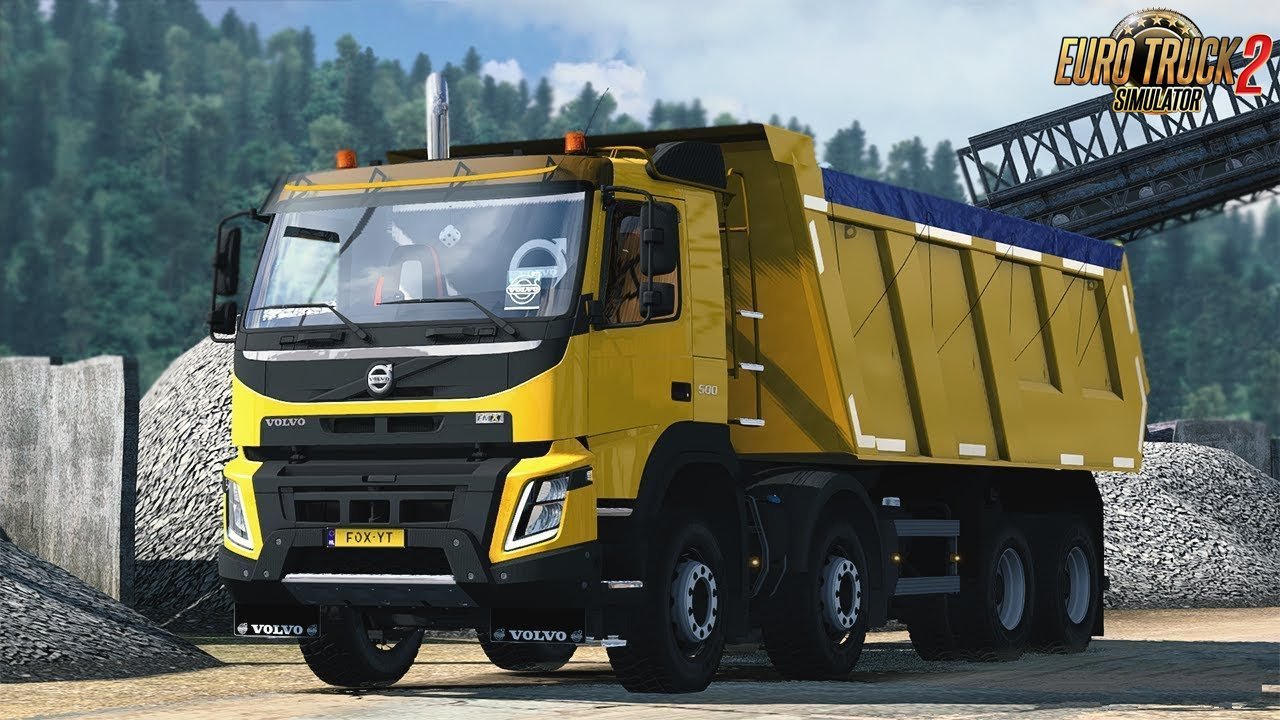 Descriptions:
Volvo FMX Kipper Rework- This is a rework of Volvo FMX 2013 Facelift with Kipper. The original FMX was introduced in 2010 and shared its platform and components with the FM. All FMX have been available with the choice of 11-litre and 13-litre Euro-5 engines, The D11 and D13 models. The production version went on sale in Europe in autumn 2010 and worldwide in 2011.The updated FMX range was launched in April 2013 with sales planned to begin in September 2013. The new FMX is available with a choice of 11-litre and 13-litre Euro-6 engines, the smaller D11 engine with power outputs from 330 to 450 horsepower and the larger D13 has power outputs from 420 to 540 horsepower.
Features truck Volvo FMX Kipper Rework:
– 2 chasiss(two versions of kipper)
– interior
– sound
– many accesories and slots
– has own wheels(2 versions)
– optional compatibility addons with other tuning mods
– many fixes and improvements
– compatible with 1.36.x game version
– Dlc’s cabin accesories and flag ready
– additional interior accesory.
– prepared for new version features
– Interior Light
– Pipe smoke free to choose
– Support for metallic paint (DX11)
– Mod replaces one of the volvo’s model in volvo dealership.

Instruction how to install compatibility addon for tuning mods is provided in read me file.
I recommend to use with SiS´L megapack addon and jeyjey pack for interior accesories.
More cargoes are planned in future aswell as another improvements.

Feel free to support me on paypal – zmodeler costs some money
https://paypal.me/maciejK01?locale.x=pl_PL