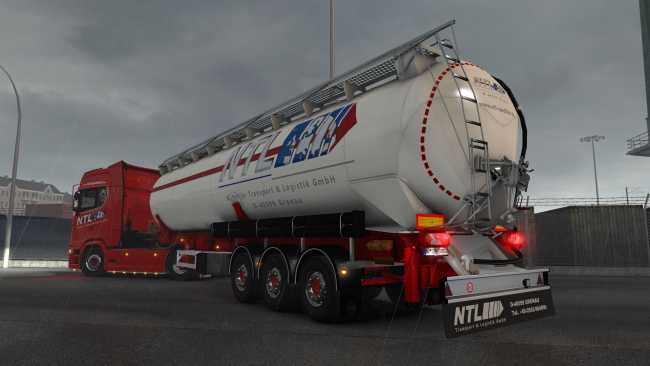 #1 Post by LadenSwallow » 17 Nov 2019 17:17
7 months ago, I released the first version of an owned silo trailer in this forum. What once started as a private conversion project together with ^22fast4yooou<3 has found more than 25,000 subscribers and downloads from ShareMods and Steam Workshop (not including illegal re-uploads from tiny-hung thieves 😐 )
It was, of course, just the conversion of a rather old model into an owned trailer, and some of you were right when arguing that this wasn't a very realistic model of a Feldbinder silo.
So I decided to do a bigger overhaul of the model.

Skinning
All of the company paintjobs that I made for the previous version will still be available as separate skinpacks – including some new companies and matching truck skins!
ImageImage