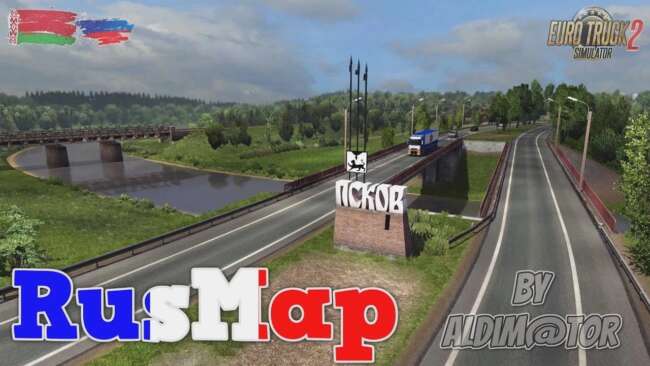 Description:
RusMap – is very detailed map and has long been liked by the users of the game. Many truck drivers in real life have traveled the country far and wide! Visited many cities in transit or at work. Maybe for some driver this map is nostalgia, for someone it’s just the very beginning of the work, but most importantly each of us has become an admirer of the RusMap map!

– Continued expansion of St. Petersburg (added concern “Almaz-Antey, including in the logistics of the game);

– At the request of the author (10avoid), and also considering that the Rusmap team was engaged in full adaptation and decoupling from the Southern region, the SZM addon was included in the map. At least until the release of the DLS “Heart of Russia”, it will be part of Rusmap (well, then it will be seen);

– Fixed bugs of the previous version;

– Many other changes (continued cleaning of archives from obsolete assets with transfer to updated ones, or replacing them with default ones).

– Roads in Russia and Belarus;

– Various objects and points of delivery of goods, companies.

– russian placeables on the map