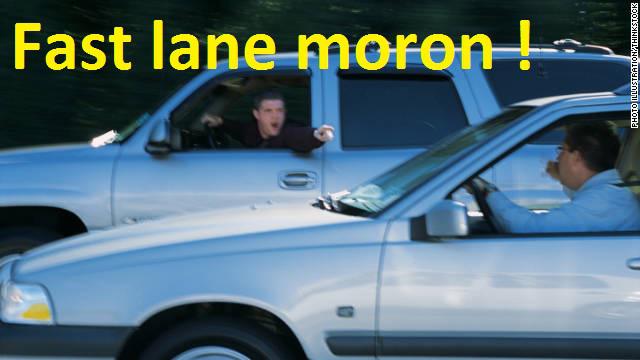 Description:
The most condemned, cursed, wicked traffic mod is back on the road ! You know it, you can’t deny it and can’t resist it ! Let’s face it that you missed all the jerks and morons out there !

People drive at various speed on every road depending on each person’s behavior, mental state, mood, urgency, family background, criminal background, menstruation condition, and also whether or not the person is high, a jerk, idiot or a moron. For example on a 110 km/hr road, people may drive at 80, 85, 90, 95, 100, 105, 110. Because it is not a race track. If a grandmother wants to drive at 65 yes she drives at 65. If junky wants to chillout at 80 km so what can you do? Feeling frustrated or annoyed is part of real life traffic.

It simply creates stand-alone vehicles (both cars and trucks) which are assigned various max speed ranging between 70 – 90 km/h. These stand-alone vehicles are made of 15% of the total traffic. These minority act as low-medium speed vehicles while the vanilla cars act as high speed vehicles. And of course the mod also sends a few morons on the road (around 1% of the traffic) which these morons are assigned to drive only between 60 – 70 km/h.

This mod does not change any traffic rule/behavior. It only gives you the above mentioned stand-alone vehicles. It does not touch anything else.

– For the best result and full effect, it is NOT recommended to be used with any Jazzycat’s traffic vehicle mod. Because each Jazzycat pack contains almost 1,000 vehicles. So the chance for my guys to appear on the road (let alone the morons) would be extremely rare, so rare that you would not feel any effect. I will make a separate mod for Jazzycat mods in the future. I know it’s a major drawback because I am a fan of Jazzycat mods too. But his vehicles are too many (thousands) so it will take longer time for me to send my (moron) guys to infiltrate his traffic. I am sorry, but you should disable Jazzycat’s traffic mods for now if you want to enjoy the company of my morons.