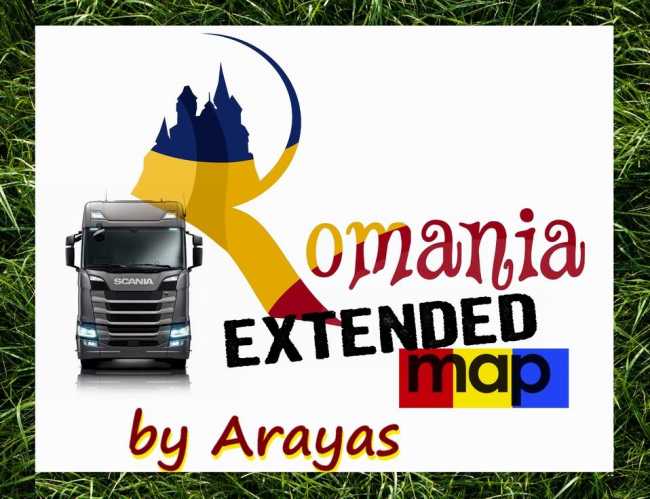 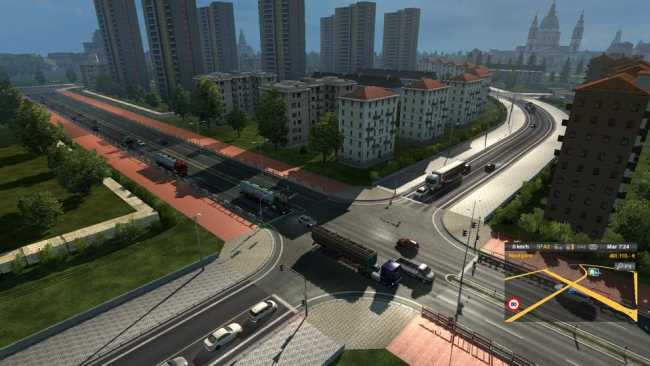 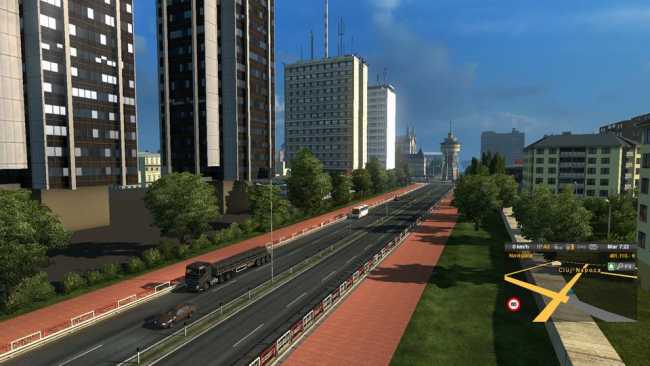 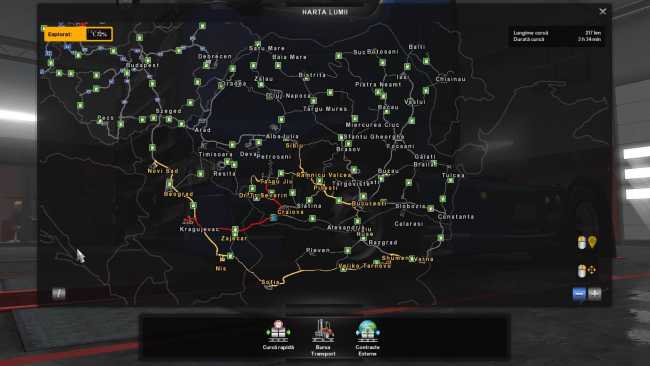 Changes in v2.4:
– Redesigned / improved road from the border with Ukraine.
– Improved vegetation on the roads.
– Added details (parked cars, signs, etc.).
– Elimination / correction of errors, such as: flying models, grass getting on the road, lack of vegetation in areas adjacent to the road, holes in the map.
– Correction of poorly installed chippers near various roads on the map.
– Added cities of companies and different beautiful places!

Ivano-Frankivsk, Kropyvnytskyi, Kryvyi Rih, Lviv, Mukachevo, Stryi, Ternopil, Uzhhorod.
-one scenery city (no garage, one company and service area) in Hungary: Nyíregyháza.
-new map overlays (signs on map view).
-Ukraine region delimitation (oblast).
-new Oradea city, Baia Mare and Arad improvements.
-new map connection with standard Europe and Promods in Hungary, Slovenia and Poland.
-new in 2.0 Vidin border bridge and Vidin and Montana cities (Bulgaria)
-all 1.33 needed fixes and adaptations
-fixed all parking spots (previous method worked randomly)
-SuperZoom included in the map for standard and Promods versions.
note: if you use other maps above Roextended you will need to use the standalone Superzoom mod above all maps.
Both versions: Standard and Promods versions.
Connections files are different and dedicated to a specific version, not universal.

LOG YKSRSK 1.7.1:
– fully adapted to new 1.35 version of the game and DirectX11
– complete map package only 2 files in 800mb
– control points in border passing at the “Gates” plus some improvements
– moved ferrys inside the ship on both Canakkale points
– Roextended is mandatory!!!