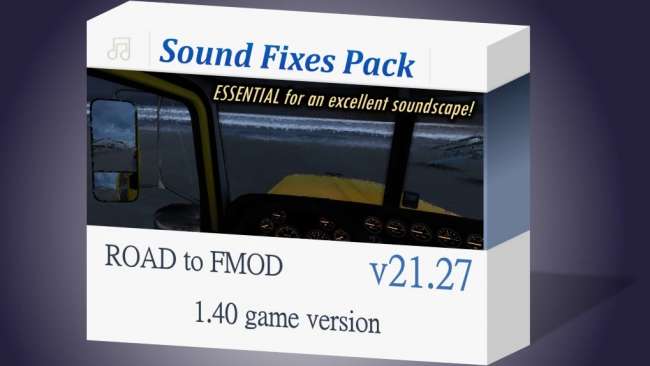 display_name included in manifest file (relevant to users not using Steam Workshop only).

– Pack provides essential improvements to common sounds in the game for increased immersion.

– For over 5 years, the Sound Fixes Pack continues to strive for making the game’s sounds feel like real life.

* Compatible with all maps and all trucks, including truck mods.

* Does not replace individual truck sounds, so this mod can be used with an unlimited amount of truck sound mods of your choice.

– any rain sound mods (unless proven to be compatible)

– Location based sounds of environment

– Sounds for animated objects such as hot air balloons