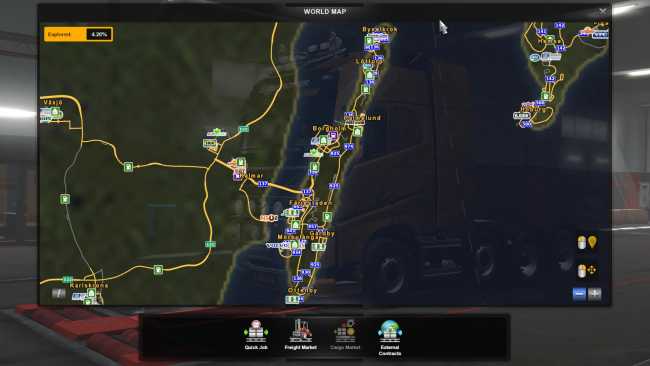 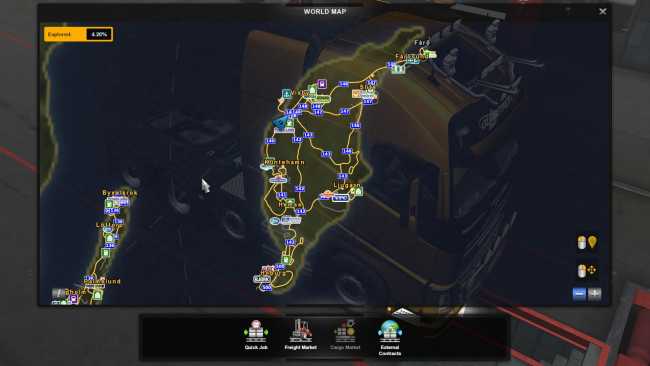 Description:
Changelog
NEW version 1.10 Wombat Edition, which is fixed to run
together with Promods v2.40 on ETS2 v1.34!

This map addon called Swedish Islands is covering the two biggest islands in
Sweden, Gotland and Öland, located in the Baltic Sea. You can reach the island
Gotland by ferries from Karlskrona and Nynäshamn in Sweden and Ventspils in Latvia.
The other island Öland, you can get to via a bridge from the city Kalmar on the
east coast of Sweden.

This addon will give you the following:

This map addon was created during the last 6 months, after I was inspired
and triggered by Arayas, creator of the Romania Extended Map, and Zaregon, the
creator of the North Map. They have also been my mentors during the creation of
the project by answering questions when I got stuck. Thank you guys!

This is how the two islands will look in the game:
Gotland
Öland