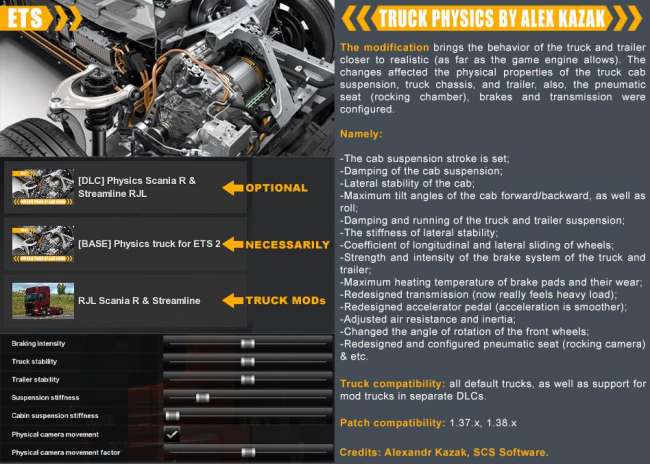 Description:
The modification brings the behavior of the truck and trailer closer to realistic (as far as the game engine allows). The changes affected the physical properties of the truck cab suspension, truck chassis, and trailer, also, the pneumatic seat (rocking chamber), brakes and transmission were configured.