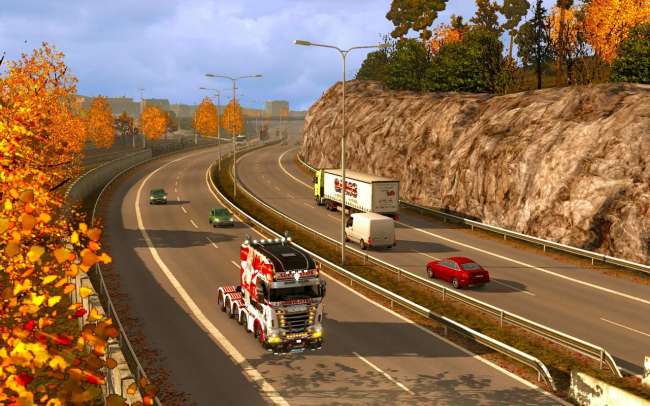 For the map to work, you must have DLC: Going East, Scandinavia, DLC France and DLC Italy
The map has its own loads, bases, and traffic built in.
It can be combined with other maps: RusMap, Russian Expanses, the Great Steppe, EAA and some others ..
Absolutely not compatible: with ProMods and MHapro map.