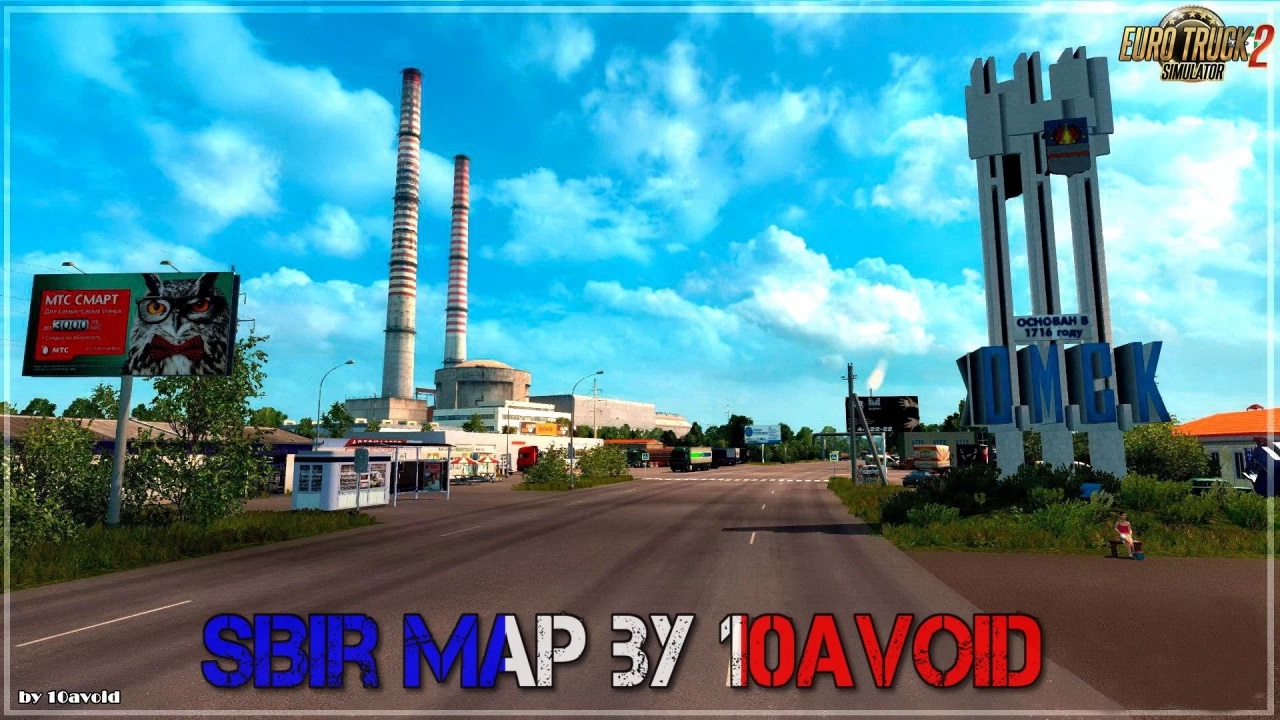 Descriptions:
SibirMap – this map adds to the simulator new territories of our country that have not yet been mastered by modders. The center of the project was the city of Omsk – one of the largest cities not only in Siberia but also in Russia as a whole. In addition to Omsk, the neighboring territories, the villages of Maryanovka, Lyubino, Krasny Yar, Luzino, Druzhino, Entrance, the P402 and P254 highways, as well as the road network connecting the settlements of the new map together, have been implemented.

Features SibirMap:
– Detailed landscapes of Western Siberia;
– Expanding geography – now there are two regions on the map, the Omsk and Tyumen regions;
– Several complex interchanges made by hand, without the use of default prefabs;
– More than 350 custom objects, including steles, houses, etc;
– Several small easter eggs that can be found by carefully examining the map;
– All dealerships on the map;
– requires all maps DLC’s: Going East, Scandinavia, Viva la France, Italia, Beyond Baltic Sea, Road to Black Sea

Changes in v2.1.1:
– adapted to the latest game patch 1.40;
– Added own project and layouts of signs;
– Added videos;
– Added several new environment models;
– Fixed minor jambs and bugs;
– In this version (!) New cities and territories are NOT added.

Changes in v2.1.1b:
– Corrected the bugs.
– We rebuilt all the archives on a new basis, deleted the problem files,
– Fixed the railway transition to Europe,
– There were errors in the manifestos, they were also corrected.