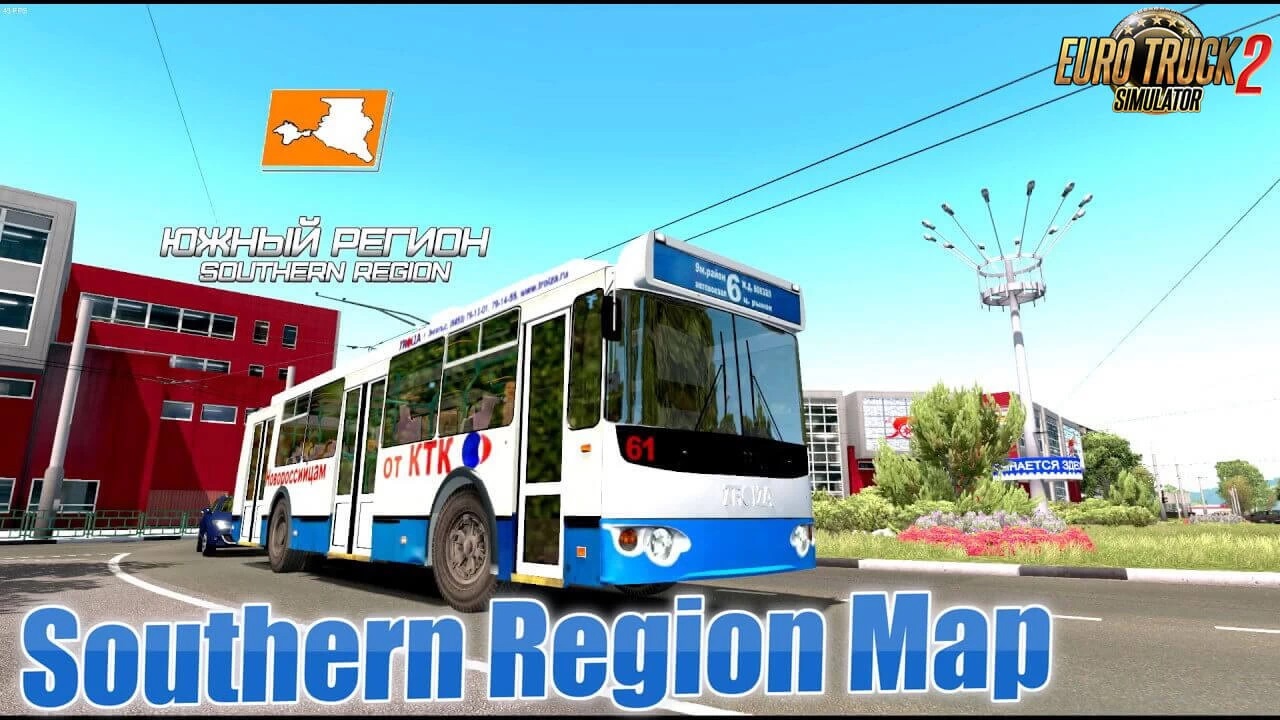 Descriptions:
Southern Region Map – is a new free project dealing with the development of the map of the South Federal District of Russia for the “Euro Truck Simulator 2”. This card is perfect lovers of Russian atmosphere, the atmosphere of the South. A very large-scale development for the Euro Truck Simulator 2 simulator. On the Southern Region map (southern region), the modders tried to implement the map of the Southern Federal District of Russia. And they did it very well. Already in this version, this is a completely independent map with hundreds of interesting places, different roads and more. Perfect for all lovers of the Russian atmosphere.
The new version now consists of 3 parts (def and map, model1, model2)

Changes in v10.2:
– Support game version 1.40;
– Partially rebuilt city of Rostov-on-Don and its surroundings;
– Many cosmetic improvements all over the map;
– Added viewpoints;
– Bug fixes from previous version.