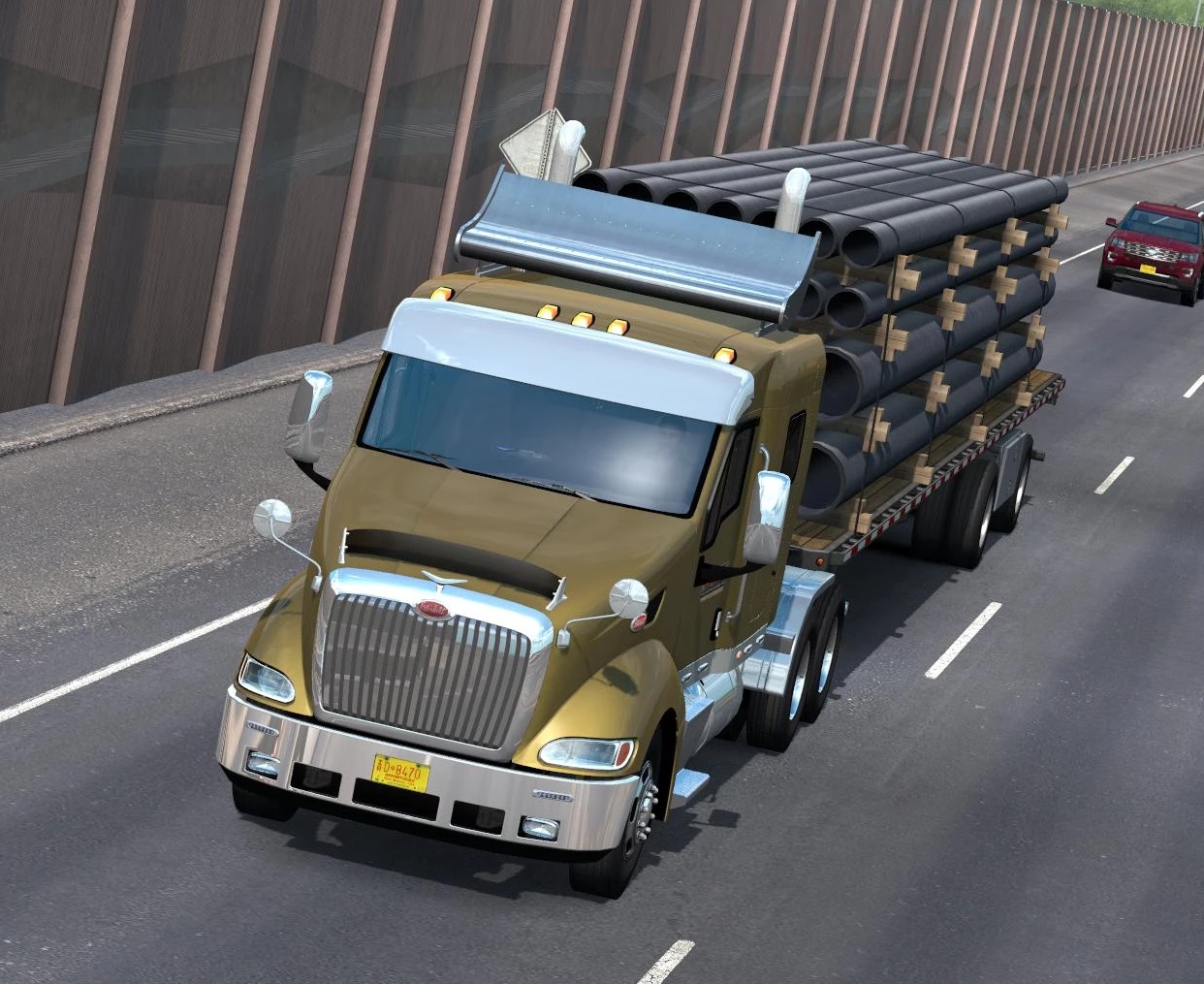 Descriptions:
Changes in 1.4.2 [1.3] of 23.05.21
General changes:
Adaptation of light, materials and models for the version of the game 1.40, as far as it was possible;
A slightly adjusted template for all cabins and added to the template changed a set of 50 gloves from Muhabzzz (only Sleeper cabin, comes with a separate archive);
Added the second set of rear lights (Dot Line Styled series) with red light, in addition to orange;
Added red variant of LED overall lights;
Added slots to the kenguryatnik for fastening custom license plates, etc.;
Adaptation of accessories in the cabin for DLC Goodyear Tyres Pack;
Adaptation of traffic lights and stroboscopes from DLC Special Transport for ETS2;
Added PPP stickers Eaton Fuller on the instrument panel and implemented through a separate accessory change gear shift circuits on the PPC handle when selecting various gearbox models;
Added side skirts on chassis with daycab cabin;
Added a fairing option without top for the daycab cabin;
Added custom texture posters for SISL Mega Pack;
Other minor edits model and regulations.

known shortcomings:
Unfortunately, to correct the error of the author’s version, I had to sacrifice the animation of the adjustable steering column (it was made using the technology of skeletal animation, and the game completely refused to correctly perceive the changed in the field). If someday in the future someone can restore it gently – honor him and praise! See also folder “! For modders!” In the archive with the mod.

This website uses cookies to improve your experience while you navigate through the website. Out of these, the cookies that are categorized as necessary are stored on your browser as they are essential for the working of basic functionalities of the website. We also use third-party cookies that help us analyze and understand how you use this website. These cookies will be stored in your browser only with your consent. You also have the option to opt-out of these cookies. But opting out of some of these cookies may affect your browsing experience.
Necessary Always Enabled
Necessary cookies are absolutely essential for the website to function properly. This category only includes cookies that ensures basic functionalities and security features of the website. These cookies do not store any personal information.
Non-necessary
Any cookies that may not be particularly necessary for the website to function and is used specifically to collect user personal data via analytics, ads, other embedded contents are termed as non-necessary cookies. It is mandatory to procure user consent prior to running these cookies on your website.
SAVE & ACCEPT