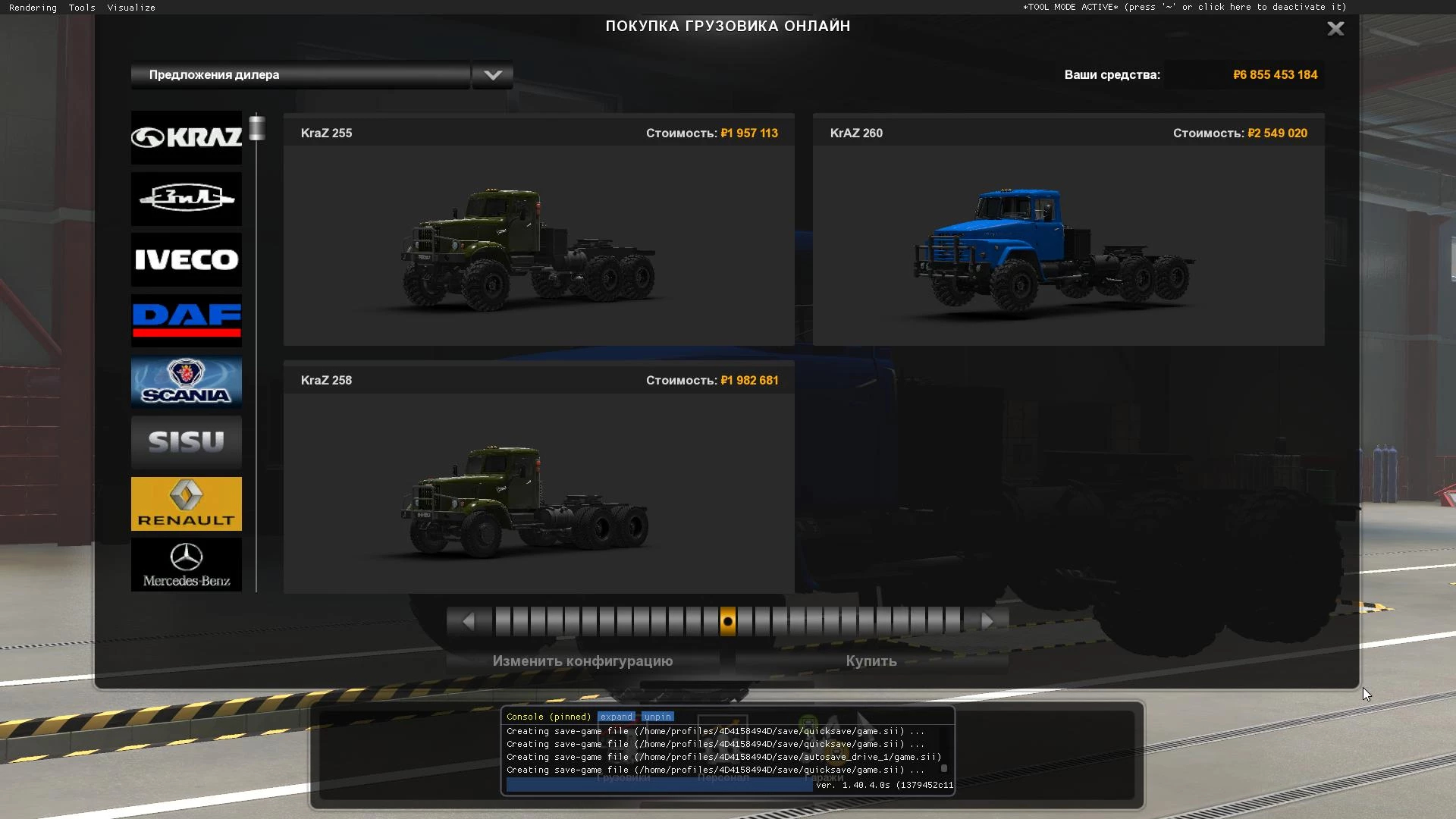 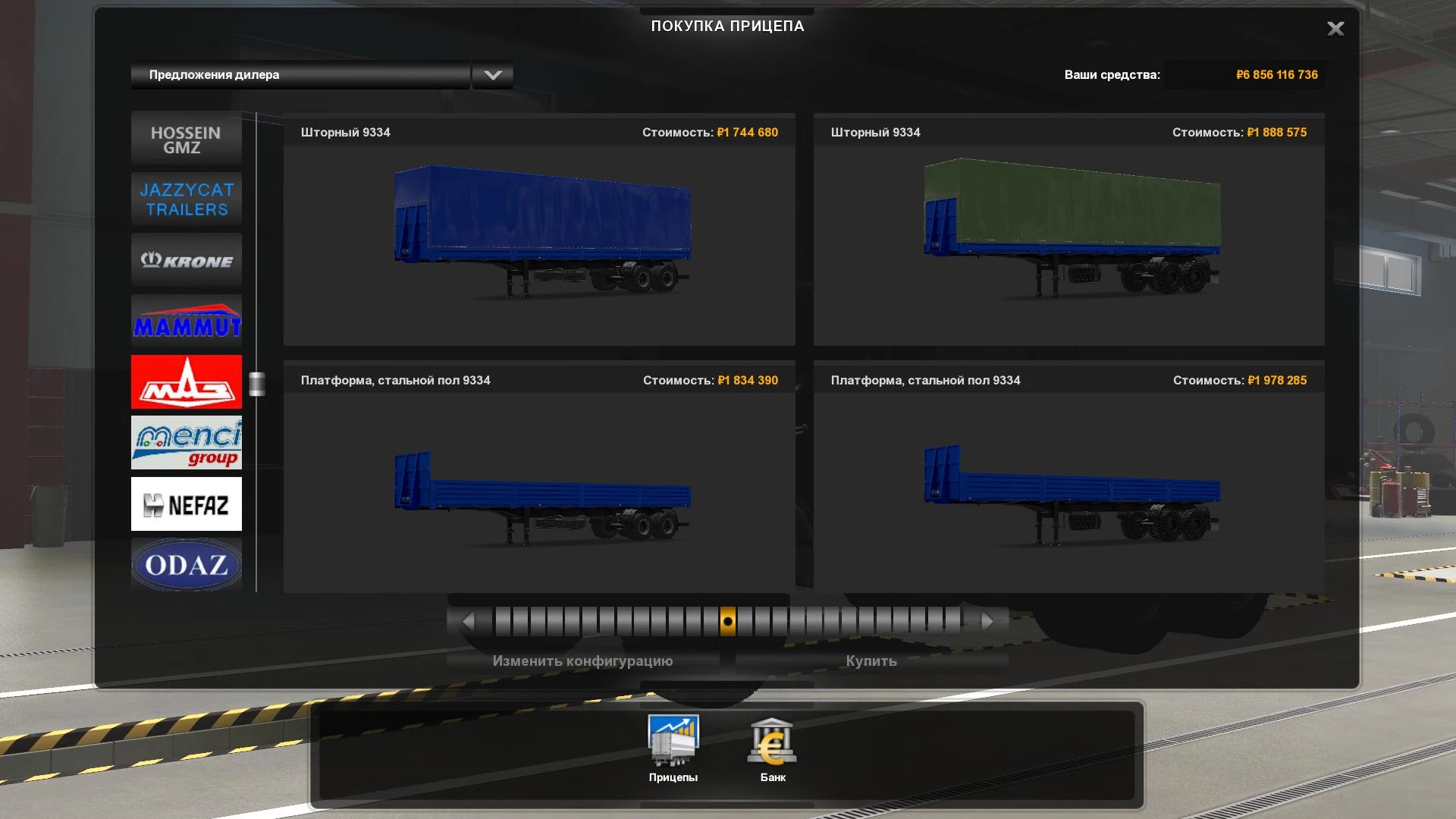 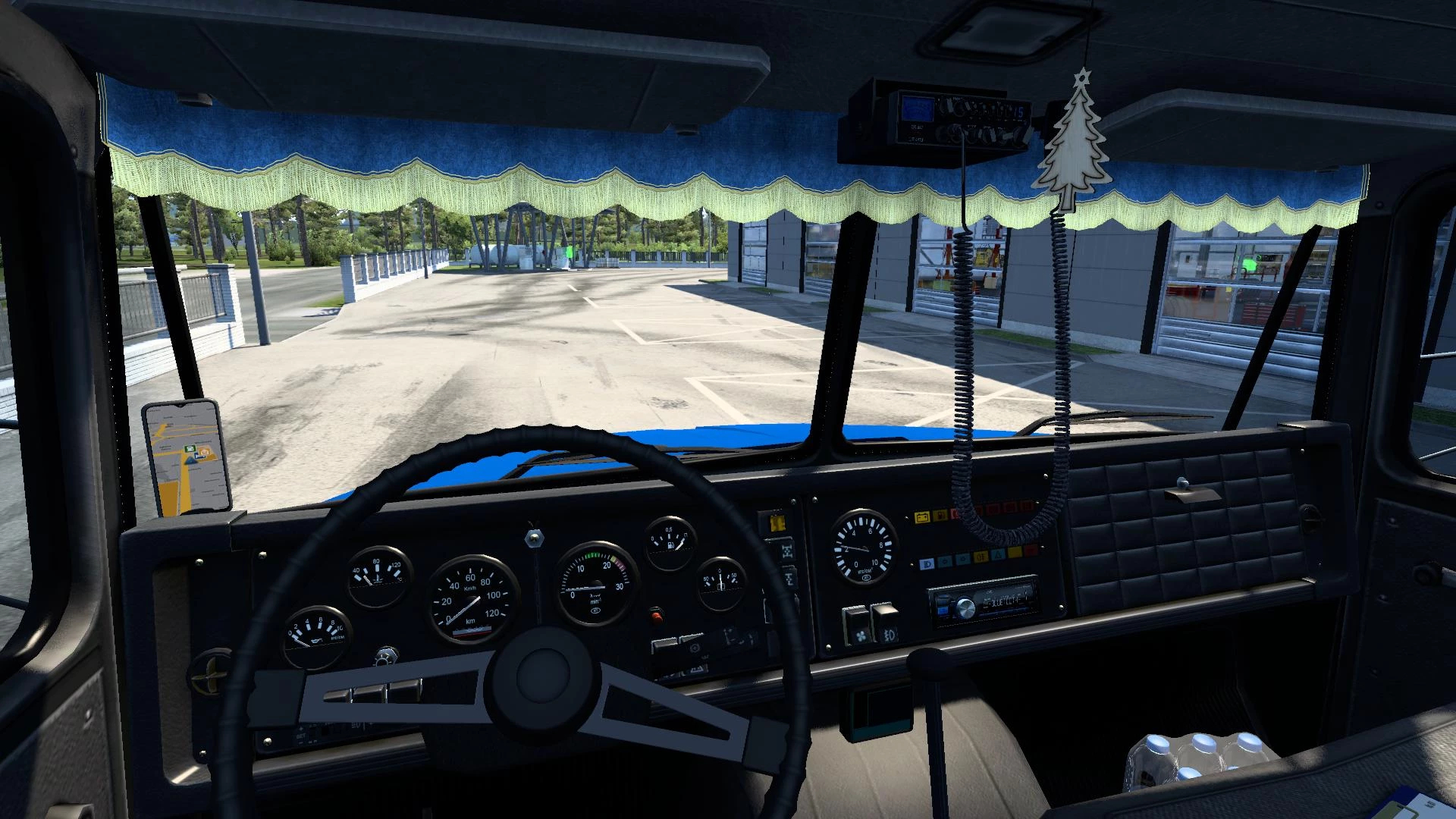 Description:
KrAZ is autonomous, does not replace anything, is bought in Dealers of Modifications-KrAZ.
Your own salon.
2 chassis : 6×6 and 6×6 tandem.
Two fuel tanks with a total capacity of 850 liters.
There are accessories in the cabin.
Your wheels.
No support for advanced hitching.: (
No support for window animation on doors.:(

Changes:
New engines.
New sounds from FMOD and Fix mod to it-separately.:)
New standard and high-speed transmissions.
Added spiral cables with physics.
Fixed the physics of glass and metal reflection inside the interior.
Added new exterior lighting for the truck.:)
Added new inventory to the interior + bonus from STEAM.
Added separately 4 trailers from the trailer dealer – “NEFAZ”
Added separately a lighting package from the company – “HELLA”
Added separately a set of horns with FMOD sound-author “SASq”
Added separately a huge set of beacons “BRITAX” from the author of BigT [stable version].
Adaptation for the new version of ETS2: – 1.40.x and up!
The log is perfectly clean at 100%.