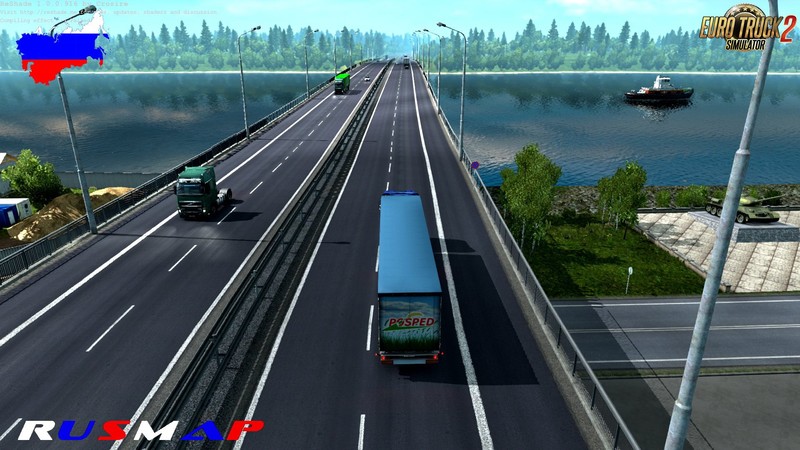 Descriptions:
RusMap – is very detailed map and has long been liked by the users of the game. Many truck drivers in real life have traveled the country far and wide! Visited many cities in transit or at work. Maybe for some driver this map is nostalgia, for someone it’s just the very beginning of the work, but most importantly each of us has become an admirer of the RusMap map!

– Roads in Russia and Belarus;
– Lots of new cities;
– Various objects and points of delivery of goods, companies.

– russian placeables on the map

Changes in v2.44:
– Adapted to the latest game patch 1.44;
– Rebuilt Zelenoborsky;
– The second connection with Volga.map (Penza – Syzran) has been built, Penza itself has been slightly expanded;
– Made a partial rebuild of obsolete map assets.